The Quest for the Perfect Pom-Pom

If I’m being completely honest, I was afraid do learn how to make pom-poms. Looking back I don’t really know why haha, I think I was afraid of getting my fingers so tangled up in the yarn and that I’d have to cut apart the pom-pom to get them out.

I did attempt at making pom-poms. I did not tangle my fingers all up in the yarn. Everything was fine.

I’ve never tried making pom-poms with a fork because I feel like they would come out too small. I like big poofy pom-poms on top of hats so I just wound the yarn around my fingers and that worked… okay…

However, I did have a major issue though… the STUPID things kept falling apart! Boo! Why did these cute little embellishments have to be such a PAIN!

So after researching a little bit I got these amazing pom-pom makers, which I love a lot because they’re so easy to use, and my pom-poms come out super thick and evenly shaped, which is my favorite thing ever. But I still had the same issue! No matter what I did, it just wouldn’t stay together. I was getting really frustrated.

That was before I found this life-saving tutorial at Repeat Crafter Me, which made me go “duh, why didn’t I think of that?”

I wanted to find a way to combine Sarah’s hot glue gun technique with the pom-pom makers that I bought. After some trial and error, the perfect pom-pom was created!

Yarn (any kind will work)

WARNING: Hot glue, is, as the name implies, hot. Be careful when you are using it. Be aware that you will most likely burn yourself, just a little bit, while working on this project (unless you’re less clumsy than me). Also, sharp scissors are sharp. You are probably a lot less likely to cut yourself, but be careful nonetheless 🙂

Start wrapping your yarn around your pom-pom maker. Once you have a nice even layer on the bottom arch (see photo below) put a line of hot glue on that inside arch. Do not put the hot glue directly on the plastic. Continue wrapping your yarn until the glue is pretty much covered, and repeat the process until the first side of the pom-pom maker is full. Fold that half inward and repeat the process with the glue on the other half.

Cut the yarn and tie the string to secure the pom-pom as instructed. Once you free the pom-pom from the device, trim it to make the ends even. That’s it! Hooray! It’s really not that much different from making a pom-pom normally, just adding a little bit of glue in the center. 🙂

Here’s a video if you need it!

As always, feel free to leave a comment or email us if you have any questions, or if you want to show of your perfect pom-pom! 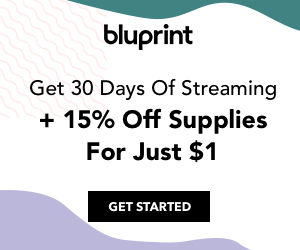